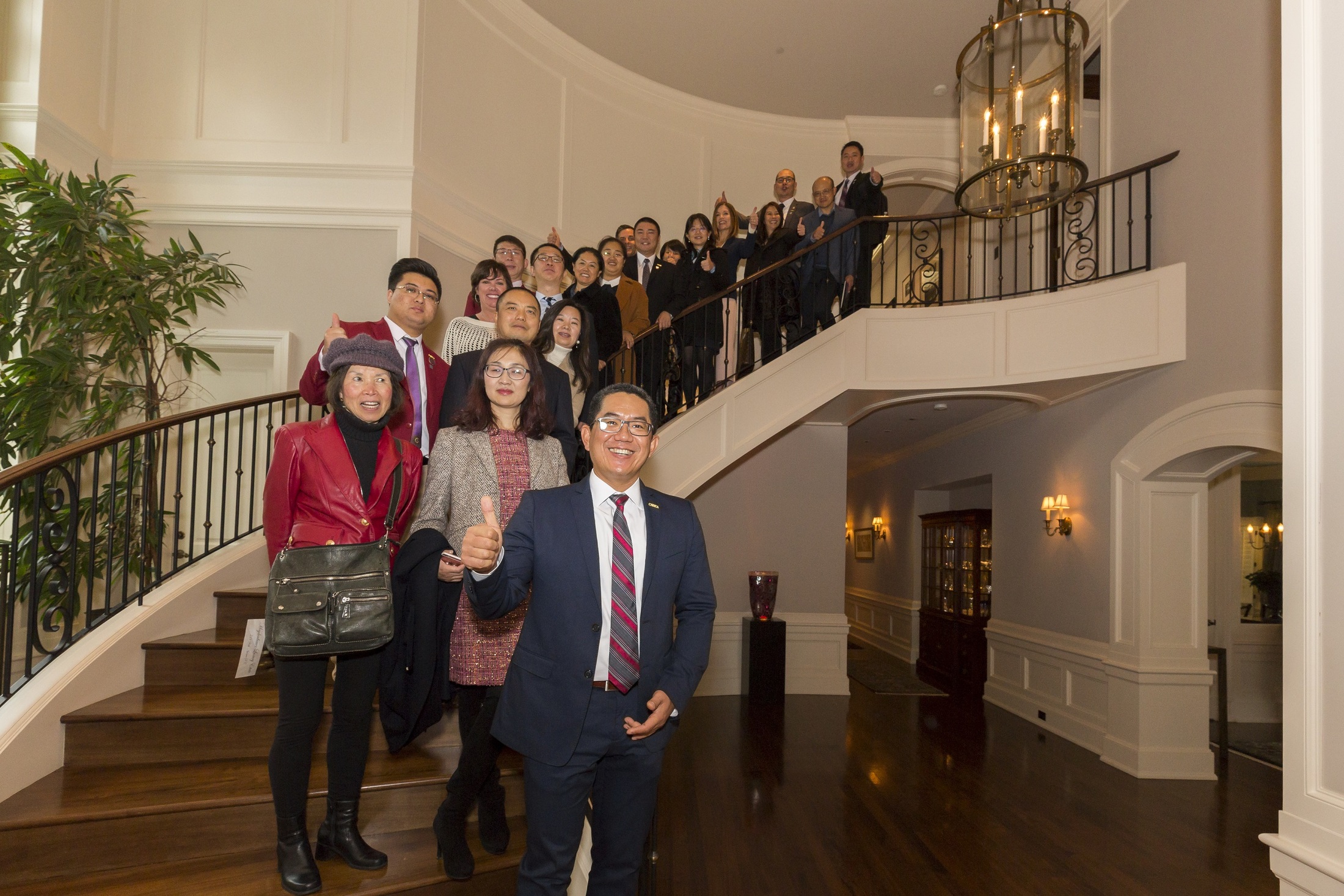 Last week Windermere hosted 16 members of the China Alliance of Real Estate Agencies (CAREA) during a daylong tour of Seattle and Bellevue, WA. CAREA is a coalition of the largest regional and national real estate companies in China, representing over 60 percent of all Chinese real estate sales. Their stop in Seattle was a part of a four-city tour that also included Chicago, New York, and Dallas. The cities were identified because of their popularity amongst Chinese investors/buyers, and the CAREA member’s desire to better understand the residential real estate markets in those areas.

The group’s interest in Seattle stems from the growing number of Chinese foreign national buyers in the area, especially in neighborhoods like West Bellevue where real estate brokers say buyers are drawn to the newer homes, top-performing schools, and proximity to high-end restaurants and shopping. This year, Seattle surpassed San Francisco as the second place in the world where Chinese millionaires want to purchase property (according to Shanghai-based Hurun Research).

Along for the ride were also several members of the media who were drawn to the story about Chinese interest in the Seattle-area housing market. KING 5 News, KOMO 4 News, Q13 News, and the Seattle Times all spent time touring the homes and interviewing representatives from CAREA and Windermere about the reasons why Seattle is an increasingly popular location for international buyers.

Following the luxury home tour, the Chinese guests and Windermere executives gathered for lunch and a presentation by Windermere Chief Economist, Matthew Gardner, who provided an overview of the greater Seattle area housing market and economy. The day was then capped off with a seaplane tour of Seattle by Kenmore Air. As CAREA vice president Yi Lui stated after the tour, “A float plane is the way to sell Seattle.”

This article originally appeared on the Windermere.com blog.

Related Articles
buying Find A New Home in Four Steps Whether you’re a first-time homebuyer or a current owner looking for a bigger home, the ideas below will help you better navigate that all-important first step: Finding a property that you like (and can afford). The search for a new home always starts out with a lot of excitement. But if you haven’t prepared, frustration […]
buying Investing In a Green Home Will Pay Dividends In 2019 As we step forward into 2019, eco-friendly “green homes” are more popular than ever. Upgrading your home’s sustainability improves quality of life for those residing in it, but it is also a savvy long-term investment. As green homes become more popular, properties boasting sustainable features have become increasingly desirable targets for homebuyers. Whether designing a […]
buying Where Are Home Prices Headed? Home price increases in the Puget Sound area have started to moderate. While down from the unsustainable highs of this spring, prices continue to be up compared to a year ago. So, where are home prices headed next? The Home Price Expectation Survey checks in with over 100 national real estate experts every quarter, including Windermere […]